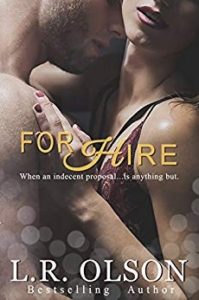 Inappropriate.
That’s one word Clara uses to describe the indecent proposal she receives: $25,000 to seduce hot new coffee shop owner Jack Roberts.
The problem?
One: although she hasn’t lived there long, she’s a respected member of their small town. Two: it’s only been a year since her marriage ended. Three: she’s not in the habit of seducing men for money.
Before Clara can reject the outlandish offer, she finds herself the one being seduced by the oh-so-arrogantly gorgeous man. Even worse, she’s enjoying it….a lot.
The problem?
Will Jack be so accepting when he learns about the indecent proposal that brought Clara into his life?